On February 4, 2014, at New York University, poetry, love, and hundreds of Black Arts devotees filled two rooms to honor the activists Jayne Cortez (1934-2012) and Amiri Baraka (1934-2014) for their key roles as artists and teachers. Baraka’s death on January 4 was still fresh in the minds of many attendees, of which included Sandra Maria Esteves, Rashidah Ismaili (event host), Linton Kwesi Johnson, Felipe Luciano, Haki Madhubuti, Arthur Pfister, Askia Toure, Quincy Troupe, Ted Wilson, and Marvin X. All of whom took the stage to play the blues. 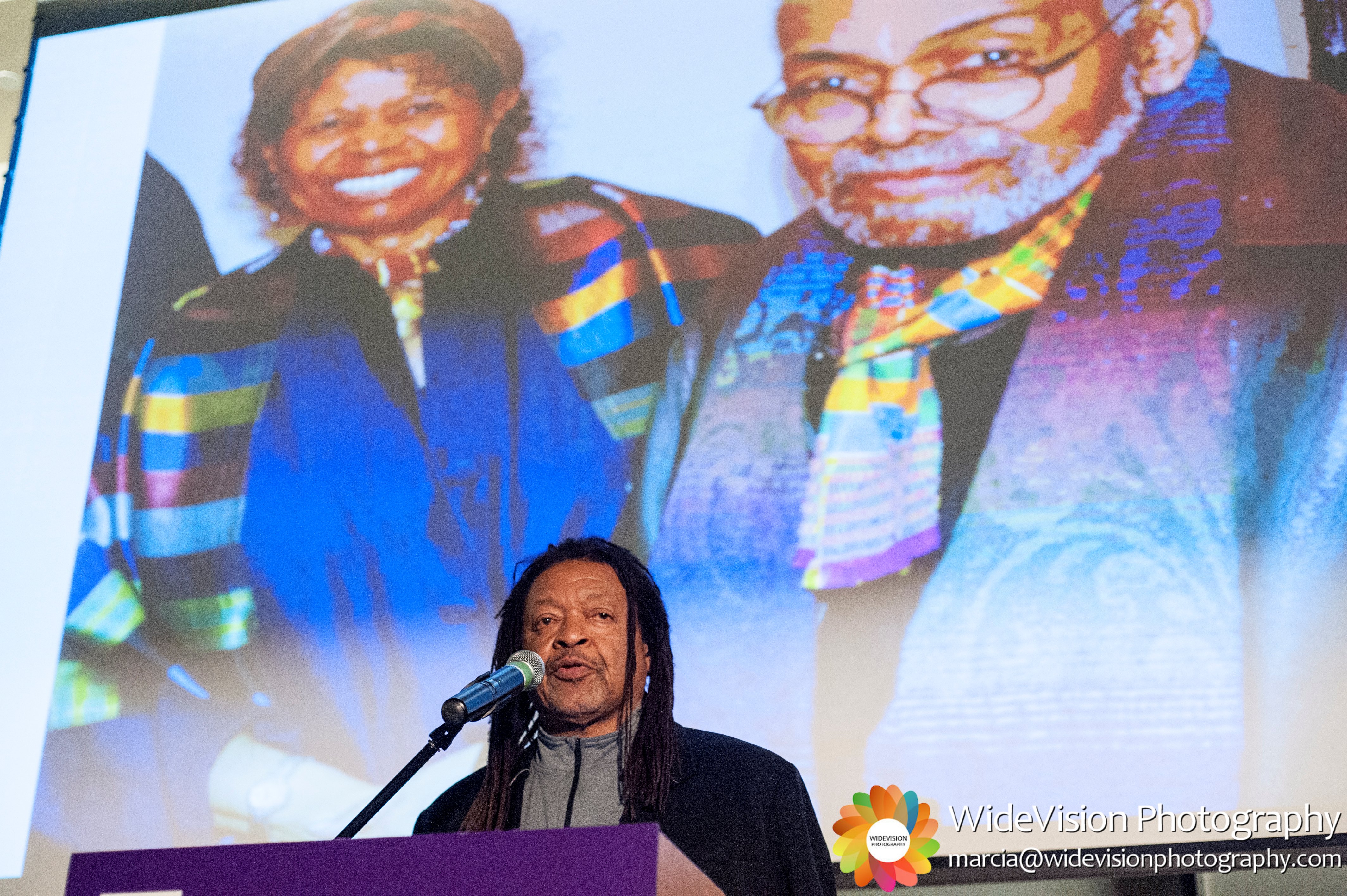 Quincy Troupe at tribute for Jayne Cortez and Amiri Baraka

The event was organized by Baraka to pay tribute to his friend poet Jayne Cortez. Sadly, after his death, Baraka became one of the event’s honored ancestors.

During his life he never seemed to suffer fools well. His response to a question or issue was always refracted through a spared-down honesty. In 2010, at The Studio Museum in Harlem, Baraka (in conversation with writer Norman Kelly) challenged the audience to stop criticizing white-media control and start contributing to the discourse by creating our own publications. Mosaic was already in its twelfth year but I needed to hear this. I needed to hear from someone who understood the selflessness of belief –making a way out of no way is important.

Baraka’s death, which was preceded by a hospital stay, was not the abrupt cleave of a traumatic end. There was time to think about a world with less fire. His words will continue to burn. The voice will strengthen, edges smoothed as his literary heirs steer his legacy towards the center –as the academy deems worthiness. This is to be expected. What cannot be filtered was his commitment to courageous thought. His legacy of Black Music, Blues People: Negro Music in White America, Digging: The Afro-American Soul of American Classical Music, Black Fire: An Anthology of Afro-American Writing and many other works of poetry, plays, and fiction will make Amiri Baraka’s place in history an eclectic thing of beauty.

One thought on “Amiri Baraka, The Ancestors Don’t Care About Your Plans”