Every Woman
by Beatrice Lamwaka
Originally appeared in Mosaic #24, June 2009

Born in 1965, Ugandan writer Goretti Kyomuhendo is one of the founding members of FEMRITE, the Ugandan Women Writers’ Association and Publishing House where she worked as the programme coordinator for ten years (1997-2007). FEMRITE was created out of a belief that gender-defined support is essential to developing new voices. Kyomuhendo holds an MA in creative writing from the University of KwaZulu-Natal in Durban, South Africa. Her publications include The First Daughter (1996), Secrets No More (1999) which won the 1999 Uganda National Literary Award for Best Novel, Whispers from Vera (2002), and Waiting (2007), her first novel published in the United States. 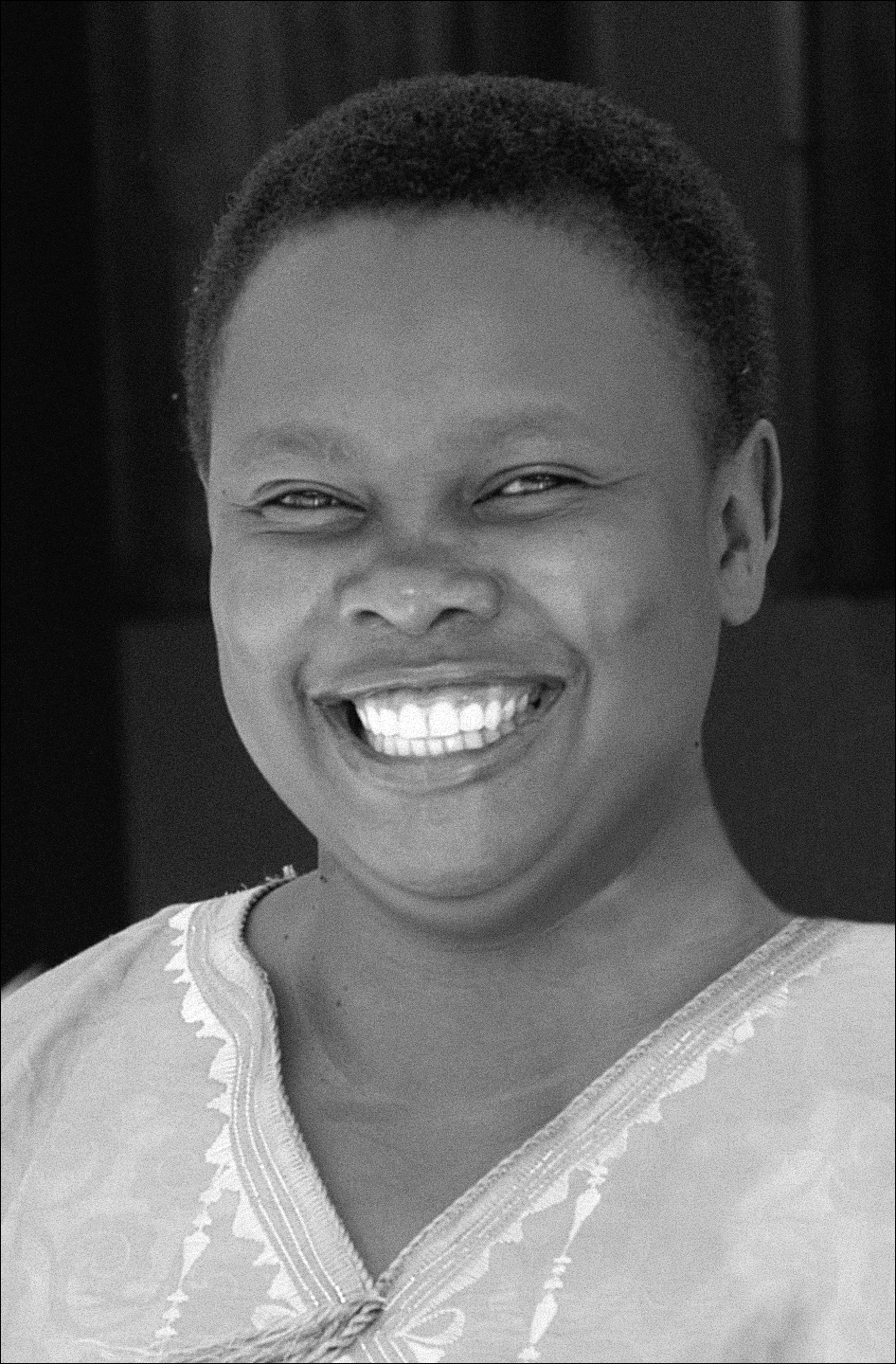 Kyomuhendo has also written for children: Different Worlds (1998), Sara and the Boy Soldier (2002), Hare and the King’s Cow (2004), A Chance to Survive, and Justus Saves His Uncle (2008). She has also published short stories and used to run regular columns for Ugandan-based newspapers The Monitor and The New Vision. Kyomuhendo was the first Ugandan woman to receive an International Writing Program Fellowship at the University of Iowa in 1997. She currently lives in London.

BL: As one of the founders for FEMRITE do you feel that women writers in Uganda are getting the recognition you dreamt of?

GK: When we started FEMRITE and announced that it was a gender-defined writers’ support group and publishing house, most people did not understand our motivation. After all, writers in Uganda, male included, were having similar difficulties in having their stories published and promoted. But you see, at the time of FEMRITE’s inception in 1996, only a handful of women, about five, I think, were published, compared to an impressive number of their male counterparts. The reasons for this discrepancy were varied: women lacked the confidence and personal empowerment to tell their stories and have them published. Women lacked the space, time, and the facilities to enable them write their stories. When we started FEMRITE, these are some of the issues that we set out to address. Women writers who came to join the association were offered the support that they required, including training to enhance their writing skills, and also their personal empowerment–space, a few computers, and most crucially, a facility to publish their stories. Within five years, FEMRITE had published nine books all authored by women, which included novels, poetry, and short stories. Most of these writers went on to become internationally recognized. Over the years, FEMRITE has continued to groom, nurture, and promote upcoming writers who have won some of Africa’s most coveted literary prizes including the Caine Prize for Short Story writing and the Macmillan Writer’s Prize. FEMRITE now has over twenty books published under her imprint, and the association has grown to become one of Africa’s leading writers support groups. So, yes, this is what we dreamt of, to increase the number of women in print, and to give them the opportunity to function, as writers, to the best of their potential.

BL: Where do you get your ideas to write your stories?

GK: My ideas come from my immediate surroundings, really. I never have to stretch my imagination very far. There are simply too many stories around me.

BL: Is there a good opportunity for you as a writer in the UK than in Uganda?

GK: Yes. What I find most fascinating is that most people here in the UK readily understand that writing, though an art, can also be regarded as a job, as a career, as a means of deriving one’s livelihood. When people in Uganda or elsewhere ask me, ‘So, what do you actually do?’ and I tell them I’m a writer, they look at me with eyes filled with sympathy as if to say, ‘Oh! So you mean you have no job!’ Here, people buy books. There are more publishing houses, many bookshops, and actually, for the first time in my writing career, I’m beginning to meet writers who live on their writing, who have made writing their full time job, and that’s all they do. They can earn enough from it to lead a meaningful life. It’s quite encouraging.

BL: Is your next novel set in the UK?

GK: Partly. Some of it is set in Uganda.

BL: You are in a business that sometimes can make you go without food on the table; what keeps you going on?

GK: For me, writing is like a calling. To be honest, I think it is about the only thing job-wise that I really care about. It’s what I want to do with my life. If it was for the money I would have stopped writing long ago because I hardly earn anything from my publications, especially those published in Uganda. But I love doing it. I can’t stop. And usually, it’s always very hard at the beginning, so if you go into it for the money then you can’t last long. But usually things will improve with time, I mean financially. One day, I will write that book that everyone wants to read and then the money will start coming in.

BL: Would you advise someone to go into writing?

GK: Sure, but only for the right reasons, which should include the love for writing. Very few writers make it big with the first book. Most writers I know have to keep at it for several years, and success comes after a long, long wait, for some, with their tenth book. So, yes, go for it if that’s what you really want to be. It’s hard work, it is frustrating most times; there are no guarantees and it can be extremely lonely and makes you feel isolated.

Beatrice Lamwaka is finalist for the PEN/Studzinski Literary Award 2009, and a fellow for, the Harry Frank Guggenheim Foundation/African Institute of South Africa, Young African Scholars program 2009. She has published various short stories in different anthologies. She is currently working on her first novel, Butterfly Dreams.