Wanuri Kahiu is a brilliant filmmaker. Pumzi, her post-apocalyptic sci-fi short film, was screened at Sundance in 2010 to critical acclaim. In 2009, From A Whisper  won five out of 12 nominations at the African Movie Academy Awards held in Nigeria. 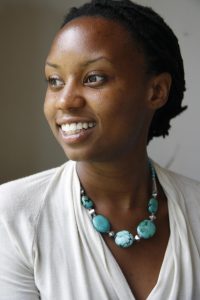 It has become  fashionable to disavow “African” as a legitimate form of artistic identity. But are identities or “definitions” as Kahiu calls them, such bad things? Is “African” or “Kenyan” truly a prison house of political selfhood that constrains an artist?  Chinua Achebe was a self-proclaimed African writers and went on to write some of the most relatable, universal, and brilliant novels of the century. For Achebe and many in his ilk, tacking on an African identity to their art was enormously liberating and inspiring.

Today it’s different. To claim that an African identity does nothing for ones art and sense of self is now considered hip and progressive. But that’s fine though. Generations find inspiration however and wherever they can. That an African identity galvanized the Achebes and the Ngugis of the world does not mean that it must inspire our own generation.