Ron Kavanaugh: You clearly recognize the link among Blacks, Puerto Ricans, and hip hop, but what occurred to make the form almost completely identified with Black culture?
Raquel Rivera: It has been a combination of the way the entertainment industry has marketed rap and also the misunderstanding of the shared cultural territory (which extends way beyond hip hop culture) between African Americans and Puerto Ricans. 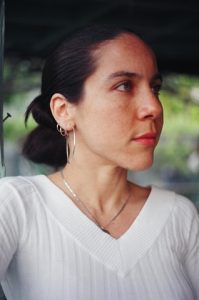 RK: Does it matter that Blacks have taken the major role in rap when you consider it’s more about a culture as opposed to race or heritage?
RR: The fact that African Americans have had the predominant role in rap is an important fact and object of study because it points towards notions of race and ethnic identity and how they impact cultural production. It also reveals some of the ways in which race and ethnic identity are used as selling points by the entertainment industry.

Even though rap is currently a multi-racial and multi-ethnic phenomenon both in terms of production as well as consumption, race and heritage continue to be of crucial importance within rap music.

RK: Since Black culture has become the dominant culture in shaping today’s styles do you think future Puerto Ricans rappers will wear their pride the way Fat Joe does?
RR: The entertainment industry is extremely fickle. I would not venture to predict what will happen. I do hope that with the future come more Puerto Rican rappers who are knowledgeable about their history and culture. That does not mean that every Puerto Rican rapper has to say she or he is Puerto Rican every 5 seconds, but that the way they do express their Puerto Ricanness responds to the complexities of being Puerto Rican.

RK: How do you feel about Latins who rap without reference to their own heritage?
RR: I think its fine. There is room for everything under the sun, especially if its coming from the heart. The Latino experience in the United States is very diverse, and art should be a reflection of that.

RK: A few years ago there seemed to be a strange wave of Latin performers (Jennifer Lopez, Ricky Martin, Christina Aguilera) totally entrenched in American pop music but at the same time being embraced as the new Latin beat. Is this the future of Latin rappers?
RR: Market trends are pretty unpredictable. Who would have predicted in the early 90s that there would be a renewed interest in the history of hip hop in the late 90s? Who would have predicted in the early 90s the fad within commercial rap music which started in the late 90s of including Spanish words in rhymes? Latino rappers may become media darlings tomorrow or they may be stripped of their legitimacy. Who knows?