When Ta-Nehisi Coates sat down to write The Beautiful Struggle: A Father, Two Sons, and an Unlikely Road to Manhood he broke new ground for young memoirists whose work challenge what a black story can be in this contemporary moment where a black male can conceivably top the New York Times bestselling list and be President of the United States at the same time. 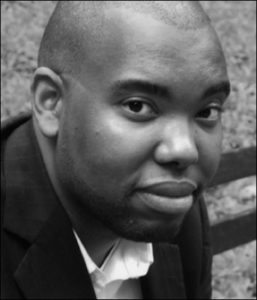 Perhaps not since Claude Brown’s Manchild in the Promised Land have we seen such an unflinching look at urban life and the rites of passage of black youth navigating issues of identity, manhood, and surviving the episodic drama of the hood. What makes Ta-Nehisi Coates’ memoir compelling and different is its father-son dynamic, and the fact that Coates represents a rarely seen black boy—not the loud, pugnacious type. Rather, a sensitive kind who seems ill-suited for the hood, surviving it by the cleats of his pants. While managing to stay light-hearted and painting a rather colorful cast, Coates makes his native Baltimore both familiar and something to be observed at arm’s length.

In recent memory, only a handful of memoirs about the black male experience have gained critical recognition. To the chagrin of many, their stories typically stay within the realm of one-dimensional, survival stories—surviving abuse and learning the transcendent power of forgiveness (think Antwone Fisher’s Finding Fish), or navigating the absentee father pandemic and its impact on relationships (think Michael Datcher’s Raising Fences).

The Beautiful Struggle remains true by not being preachy or overly indulgent as a confessional story. It is honest, reflective, never self-aggrandizing, forcing us to care about all of the characters that people Coates’ world which begins in West Baltimore and goes all the way to “the Mecca.” Two narratives run side by side, like two trains running. There is the young Ta-Nehisi who morphs dramatically into an awkward, goofy kid running away from brutes, to a pensive wordsmith who through his father’s example is able to make connections from histories, books, and words using them as a tool for change. There is something heartening and rare in learning about Paul Coates, the guy who refused to see his sons lost physically and spiritually to the streets of Baltimore amid the tumult of the crack era.

Ta-Nehisi writes himself into a long tradition of black men who also could not fit any mold that society offered. This is important, particularly when you juxtapose it against all of the popular imagery of young black stories that celebrate bravado, cul-de-sac ghetto living, and all of the accompanying pathologies over intellect, introspection, father-son bonding, and the particular quirks of coming-of-age. The Beautiful Struggle is about not getting lost to the streets; it’s about riding its tidal waves, surviving it all then cracking a joke about growing up. It’s also about igniting one’s imagination and the possibilities that come from reading, and knowing one’s legacy.
The critical reception of The Beautiful Struggle more or less has been good, but it’s important to examine how the critics define “good.” The Washington City Paper masks their praise of the memoir to comparisons of James Joyce and J.D. Salinger. And any writer whose first book was compared to the likes of a Joyce of Salinger should be honored. But what’s missing is the discussion of what Coates is actually writing about: being young, black, and (with father) trying to navigate the drama of living in drug-infested West Baltimore with hopes of making something his parents, community, and self can be proud of. So, not only were the comparisons a bit questionable—since his subject matter is closer to a James Baldwin or a Claude Brown—there also was no real attention to the language. There is a poetic sweep to Coates’ high impact, lean lines. Each sentence is formed like a true wordsmith who came-of-age during the bourgeoning of hip-hop.

Also, there is a stark difference in socioeconomic backgrounds between Holden Caulfield and Ta-Nehisi Coates. It’s troubling that black writers can be so casually compared to white writers without any justification; we’re suppose to just accept it as a compliment. Never mind the way this author implicitly pays homage to his father for being a mentor through it all—he describes his father as being a vegetarian, free-loving, strong (and flawed) black man who worked overtime for the revolution.

In short, one does not have to compare Coates to a J.D. Salinger in order to see validity in what he’s writing about. To survive the hood of Baltimore or elsewhere, one needs to be in conversation with his ancestors, armed with a father who possesses the dedication of a Nat Turner, and the vision of a Frederick Douglass.
The virtue of The Beautiful Struggle is that weaves a new thread in the African American literary aesthetic where black men have seemingly been limited—only allowed to talk about struggle, forgetting the beauty, the inside journey towards selfhood. And what a gift Coates shares that his being a writer is directly connected to his father’s love for knowledge and books, making the struggle all the more beautiful and worthy.

Following the release of The Beautiful Struggle, I was able to catch up with Ta-Nehisi Coates about his new memoir.

Abdul Ali: I noticed the title of your memoir is the same as a Talib Kweli album–is there a connection? Can you expand on your subtitle: a father, two sons, and an unlikely road to manhood?

Ta-Nehisi Coates: Nah, I think that originally refers to a MLK speech. It was my editor’s idea, actually. As far as the subtitle, we just wanted to allude to the path that so many young black boys–and boys in general–have trouble walking. That is the major theme of the book.

AA: What was your impetus for this memoir?

TC: I’ve been writing this in various forms since I was a kid MCing. I really wanted to write a piece of narrative that told the story of kids who came up in the crack age. It was such a dangerous and yet colorful time. I did my best to capture that spirit and then wrap it around the story of two boys trying to advance into manhood.

AA: Do you see any connections between your story and Claude Brown’s Manchild in the Promised Land? Though ages apart, both of you became writers and went to the Mecca and wrote movingly about coming of age.

TC: Heh, I’d leave the connection-drawing to others.

AA: Above all, what would you like your readers to take away from your memoir?

AA: I’m particularly interested in how you chose to end the memoir. It wasn’t clear what happened to your younger brother Melenik.

TC: Menelik just graduated from Howard. My long-time partner Kenyatta actually came up with the ending. We were driving past that park one day and I told her about the memory. As soon as she heard it, she said, “Man, you’ve got to end your book with that story.” It was just a great emotional capper. And I thought there was something interesting about it ending with Menelik firing a gun–even if it was a water gun.

Abdul Ali is a freelance arts and culture writer living in Washington, D.C. His work has appeared in TheRoot.com, Black Issues Book Review, and The Washington Post.