It’s been four years since the 2009 publication of Chimamanda Adichie’s stunning short story collection The Things Around Your Neck. The wait has been worth it. Adichie who calls both Nigeria and the United States home, uses her movement to inform her latest novel, Americanah. The new work, which takes the reader from Nigeria to the United States and back, is a sweeping narrative that is part bildungsroman, part postcolonial tome, and part transcontinental love story. The novel succeeds in its ambition—as all of her work has done—and leaves the reader satisfied, perhaps too satisfied. 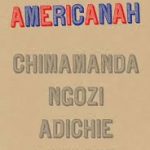 Ifemelu, daughter of a man enamored of the mores the colonizing British have left behind and a god-fearing mother, falls in love with Obinze, son of an outspoken university professor raising her son alone after the death of his father, during secondary school. Witnessing their love is a delight, as they learn how to please each other physically and intellectually. It is Obinze’s idea that Ifem leave the university system in which professors are constantly striking for the consistency of the American academy, and that he will join her upon finishing his degree. Adichie deftly moves the reader through crucial moments of the plot, dedicating her attention more to the nuances of identity formation. In one paragraph, Ifem goes from never imagining being a student in the U.S. to being in America: “Ifemelu did not quite grasp what it all meant, but it sounded correct because it came from him, the America expert, who so easily said ‘graduate school’ instead of ‘postgraduate school.’ And so she began to dream. She saw herself in a house from The Cosby Show, in a school with students holding notebooks miraculously free of wear and crease.” In a matter of paragraphs, Ifem is holding her visa and giving away her clothing. Their love will be put on hold for decades—they will love others, but always return to thoughts of each other.

America is a cruel teacher to Ifem, who finds herself poor and put into a variety of dangerous situations. Through hard work and some luck, she makes her way in America. Adichie shows Ifem’s transition from a lost girl to an “Americanah.” Ifem, in a contemporary twist, starts to blog about race, a concept she had never considered when living in Nigeria. Racial disparities only becoming obvious to her as an “African” in the U.S. Adichie speaks about this new take on her own identity in her famous TED talk, which has been viewed over four million times on social media, confessing that she never considered herself “African” until moving to the U.S. and playing Mariah Carey for her friends when they ask to hear her “tribal music.”

Ifem finds herself in myriad situations, cringeworthy to an American reader, that parallel her creator’s, and so she finds her voice as an anonymous blogger. Several paragraphs end with a blog post so the reader can get an opportunity to hear from Ifem in the first person. Though the first few times the blog posts appear they feel tossed at the end of the chapter, the reader comes to appreciate their presence as the blog, “Raceteenth” or “Various Observations About American Blacks (Those Formerly Known as Negroes) by a Non-American Black”, becomes a more important part of Ifem’s life and work.

Though by the end of her time in the America Ifem has it all—an African-American boyfriend who happens to be a professor at Yale, a blog that supports her financially, a fellowship at Princeton—she realizes that she has lost her sense of self and wants to return to Nigeria. The thread of her love for Obinze is never lost. Even though he is married, it is his pull that strengthens her desire to return to her home. She struggles with her reentry and finds Lagos to be overwhelming to her senses, she has a new identity as an Americanah—she eventually feels comfortable there again. Late in the novel she realizes, “I’m really home. I’m home. She no longer sent Ranyinudo texts about what to do—Should I buy meat in Shoprite or send Iyabo to the market? Where should I buy hangers? Now she awoke to the sound of the peacocks, and got out of bed, with the shape of her day familiar and her routines unthinking.” Though their love is complicated, Adichie’s novel makes us root for these adults who maintain the love they felt as teenagers. Once Ifem knows who she is, she is able to bring a mature, strong identity to any relationship. Adichie has created characters that readers will be talking about long after they finish their journey together.

Colleen Lutz Clemens, Ph.D., assistant professor of Non-Western Literatures at Kutztown University in Pennsylvania, earned her Ph.D. in Post-Colonial Literature at Lehigh University. Her research focuses on issues of veiling in literature and studies the intersection of women’s issues in art and politics. Her academic work has been published in Feminist Formations. She is the editor of several books of non-fiction including Philadelphia Reflections: Stories from the Delaware to the Schuylkill and has published short essays in various collections including Click: When We Knew We Were Feminists. She lives in Bucks County with her partner, two dogs, and daughter. She can be reached at via her blog kupoco.wordpress.com.

One thought on “Americanah: Review”