Charles Stephens & Steven G. Fullwood: A Conversation on Joseph Beam and ‘In the Life’
Click here to read this interview in its entirety on http://www.lambdaliterary.org

Our forthcoming anthology Black Gay Genius: Answering Joseph Beam’s Call (Vintage Entity Press, 2013) was born out of a series of conversations, panel discussions, debates, and dinners with friends, colleagues and comrades over the years, assessing the impact and legacy of Joseph Beam and the writers of the In the Life generation. We wanted to bring that dazzling history of the black gay arts movement of the 1980s front and center to contemporary black gay life. Black Gay Genius consists of a series of writers, scholars, and activists responding to In the Life and the influence of Joseph Beam. 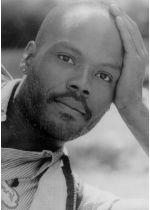 We wanted to create a text to celebrate with those that remember and know, and introduce to the ones that don’t, this important literary legacy. This dialogue was an opportunity for us, the editors of the anthology Black Gay Genius, to describe the process and development of Black Gay Genius.

Stephens: I started reading Baldwin when I was 12, and found so much in Just Above My Head. Then as a teenager I became obsessed with the Harlem Renaissance. E. Lynn Harris was pervasive at the time. Everyone seemed to be reading him or at least had an opinion about his work. But the type of black gay experience Harris put forth, though entertaining and affirming in some ways, and definitely significant, was far from the way I hoped to exist in the world. Then, when I was about 18, and started being more politicized around my sexual identity. I also became very lonely. I had friends certainly, and there were people around me, other gay men, but there was not the kind of intimacy I longed for, the kind of intimacy you can only experience with those who share your ideas and worldview. In the midst of all of this, I discovered this great interview Barbara Smith gave. I want to say it was in Venus magazine. Smith pointed me, not just to Joseph Beam, but to Audre Lorde, and Marlon Riggs, and Essex Hemphill. As these things happen, as I read, I also came across Pat Parker, June Jordan and Isaac Julien. Then others. These figures would serve as inspirations for me, even to this day. They were giants. Still are.

Fullwood: As a teenager in Toledo in the 80s, my thirst for words to describe what I thought I was–or at least becoming–ravaged me. The library, like it is for most outliers, became my sanctuary. I regularly (and quietly) perused the shelves for anything black and homosexual because back then with the exception of Baldwin these were two distinct subjects. Then in 1988 a friend of mine went to the public library in Cleveland, and discovered In the Life: A Black Gay Anthology, edited by Joseph Beam, a book that anticipated my future as an editor and an archivist. She made photocopies of essays and poems and gave them to me. My heart raced. Writings by several self identified black gay men. I read those pages with nuclear bombs going off in my head. Coming out stories. Sexual encounters. Homophobia. HIV/AIDS. Romance. Political activism. I couldn’t believe my good fortune. Something in me took root…

Click here to read this interview in its entirety on http://www.lambdaliterary.org
Charles Stephens & Steven G. Fullwood: A Conversation on Joseph Beam and ‘In the Life’