In his latest book, Hook: A Memoir, poet Dr. Randall Horton demonstrates how the choices he made throughout his life made him the man he is today. Horton went from a promising college freshman at Howard University to part time drug hustler, to big time drug importer, to struggling and homeless drug addict, to big time drug dealer again, to prison inmate, and finally, to Dr. Randall Horton—distinguished and published author. Choices and their harms or boons drive Horton’s memoir.

Horton doesn’t cite a poor home life for his experiences, he grew up with both parents in a suburban Alabama home. However, he excoriates an America that predetermines the path for him and for other young black men. One of the book’s preoccupations is sitting with and breaking down institutional racism and other oppressive constructs and structures, both external and internal. 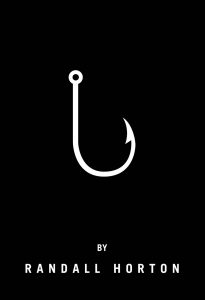 There it is, that word: construct, or construction, which is another word for confinement on someone else’s terms—a sort of deliberate scaffolding…I was a construction before I came of age. For so long, all I could think about was vanishing from prison, not realizing I was imprisoned before incarceration, and I still languish behind invisible bars.

For most of the people Hook (Horton’s alter ego) ran with, selling drugs and using them, and ultimately, selling themselves so they can obtain more drugs, revolve around the same choice. They could choose to die immediately from the menace of poverty, or die slowly from the effects of the drug game and incarceration. A book like Michelle Alexander’s The New Jim Crow and Ava Du Vernay’s documentary 13th present us with chilling statistics and information about America’s war on drugs, the prison industrial complex and how they target African Americans and other minorities. Hook brings us in close and shows us the individual lives caught up in the political and cyclical violence of poverty that leads to incarceration.

The smear of incarceration is a difficult stain to erase within a society demanding forgiveness but collectively unwilling to forgive. Every day something reminds us that we cannot outrun the past, nor can we delete memory, which often offers the building blocks to language.

As much as Hook is Horton’s memoir he gives space and voice to the people he came in contact with during his time in “the game.” Their voices and stories can be heard through his, and that is another of the book’s preoccupations, witnessing as an act of love. Horton reserves his harshest judgment for himself, and stays away from condemning his co-conspirators. Instead he allows his choices and story mirror theirs. Perhaps the most innovative example of this is Horton’s correspondence with the anonymous Lxxxx, a woman he met while completing his doctorate. Horton’s choice to include Lxxxx’s voice in Hook reminds us of the lack of books written by women about women’s prison experiences. Throughout the book Lxxxx is the muse for Horton’s philosophical exploration of constructs that diminish humanity and Horton serves the same function for her. Both explore the acts of redemption that allow us to connect more deeply with our humanity and with each other.

Randall, you asked, What are the intersections that led us down similar paths to prison? and I think the answer is obvious. We were both looking for a quick come up. Every time we set ourselves up for the rise, we fell into a deeper hole.

At times they are two people confronting their pasts and trying to find a way forward. At other times their exchanges are transcendent as they turn over and interrogate Emmanuel Kant, W.E.B. Du Bois, Isabel Allende, and the painter Margaret Bowland. Horton and Lxxxx are also conducting a kind of ars poetica meant to recreate their lives. Lxxxx writes,

I read Native Son again, Love by Toni Morrison, and a few other books—fourteen to be exact—since April13. All the books have a common thread: choice, and a person’s calling. Every protagonist has a problem figuring out his or her mission in life.

Horton responds: We script our lives on reaction rather than action, meaning daily life is always in response to, or a reply to, a command or demand. The world uses us in that way—the aftersound of oppression; we know this maxim, yet we become willing participants in our own commodification. The world does this—holds us down.

We cannot find a way out of this situation because in reality there are no choices, just the illusion of choice. Lxxxx often responds with almost straight man humor, “Randall, are you always complicated?”

In between these exchanges Horton narrates the story of his downfall, rise, downfall again, and ultimate redemption. From the early days of the cocaine and crack boom all the way to his incarceration Horton demonstrates how capitalism is like an iceberg. The tip is the 9-5, mortgages, taxes, small businesses and corporations, but the seedy side is alive underwater; drugs, extortion, theft, prostitution, and corruption. Incarceration is a business functioning on both sides of the water. Politically and socially it represents law and order, but it is also a thriving business actively seeking new prisoners for profit. Often, the result is people being incarcerated and forgotten completely. Horton describes a man he met in prison:…

I met Old School, who had been incarcerated since 1952, when he was fourteen years old. When he first told me this I had to mentally process what that meant in terms of history. He had missed the bombing of the Sixteenth Street Baptist Church, the assassinations of the Kennedys and Malcolm and Martin; he’d missed the political fervor of a nation. Old School had not raised his fist erect during the Civil Rights revolution, had remained clueless to what hip hop really meant, and “Yes, Yes Y’all” had no value to him at all.  Crack and fiends crawling through the city at night in search of a white pebble might have been something overheard in conversation, but to him, really, it was make-believe.

Near the end of Hook, Horton is staring a long prison sentence directly in the face, a sentence that would effectively end his life. The system is eager to turn him into another Old School, of which there are already too many. The prosecutor declares:

Mr. Horton has had thirty-two years to get his life together, to prove he can be a productive member of society, and he failed that burden, Your Honor. We cannot simply allow him to roam free in our society. He deserves no second chance at freedom, no chance at a modification of his sentence.

The reader can hear, in this fervor and passion to lock a human being away with no regard for redemption or rehabilitation, the echoes of political speeches on the war on drugs. Prosecution based on statistics and electoral promises. Thankfully, Horton avoids Old School’s fate. But we learn, thanks to Horton’s commitment to sharing their stories within his own, that not all the human beings labeled “defendant” do.

The Reagan laws fit within this rubric. The laws were to protect those deemed good through their wealth and economic position while ignoring the underlining psychosis of the problem: lack of generational wealth and institutionalized racism. No one notices that invisible sign.